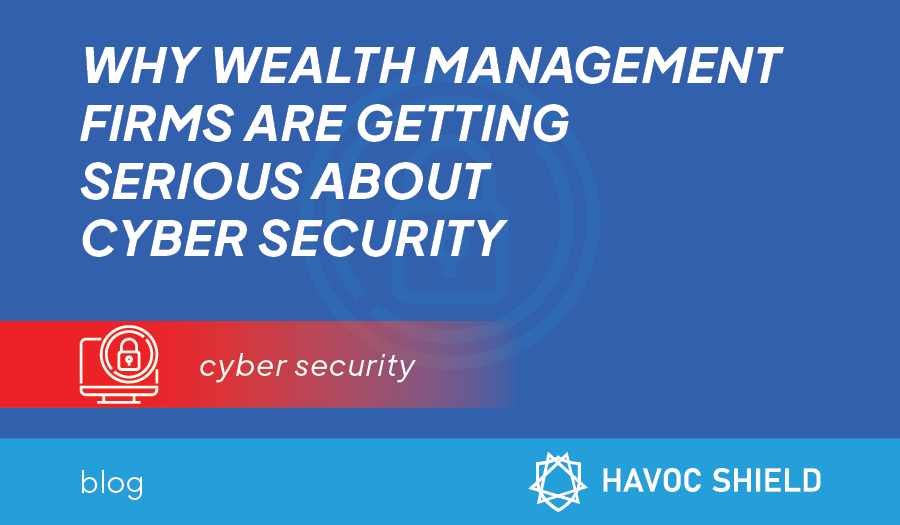 Why Wealth Management Firms Are Getting Serious About Cyber Security

Wealth management firms play a significant role in handling financial transactions and dealing with investments for various clients. So it’s clear why cybercriminals would view even a small firm, as an opportunity.

By gaining access to your IT infrastructure, hackers could compromise client accounts and walk off with a treasure trove of financial data. The rise of attempts against wealth management firms has caused many to take a more active approach to cyber security.

While there are shared challenges that different industries face regarding cyber security, wealth management firms must deal with a unique set of circumstances. For example, you’re collecting and storing a wide range of information that could be worth a lot of money to certain individuals. While specific data security, privacy, and compliance standards apply to wealth management firms, you may still have holes in your security posture that put you at risk.

Sending emails containing personal information should not be allowed throughout an organization. However, it’s the kind of thing that still happens even when it shouldn’t. If a hacker managed to intercept one of those communications, that could lead to catastrophic consequences for your firm.

Like many companies that provide wealth management services, you may rely on third-party vendors for services like designing new software or obtaining market data. If they’re not taking the time to implement stringent security standards, you put your own company at risk. A regulator looking into a data breach won’t care that it’s the fault of a vendor employee downloading malware into your system.

3. Weak Passwords Could be Your Biggest Threat

The strongest security systems can’t protect against poor password standards. There’s no reason for any of your employees to continue getting away with just using their first and last name as a login. In addition, you can’t have workers continually reusing the same password because there are no checks in place to stop that from happening.

Now that we have a better idea of where your firm might be vulnerable, let’s look at some of the ways hackers attempt to exploit those holes in your security.

We’ll start with the biggest one: educating employees. Unfortunately, too many companies become cybercrime victims because workers don’t know how to recognize a hacking attempt. While it pays to invest in a robust security platform, nothing beats preparing your workers to deal with social engineering attempts to steal credentials, or worse.

Some other practices you might want to make standard within your firm include:

Get Ahead of the Security Game

Don’t wait until you’re under attack to reinforce your cyber security. Havoc Shield helps wealth management firms protect themselves against cyber threats and secure a cybersecurity insurance policy while complying with the standards of their industry. Try our platform for yourself by setting up a demo with a Havoc Shield representative.