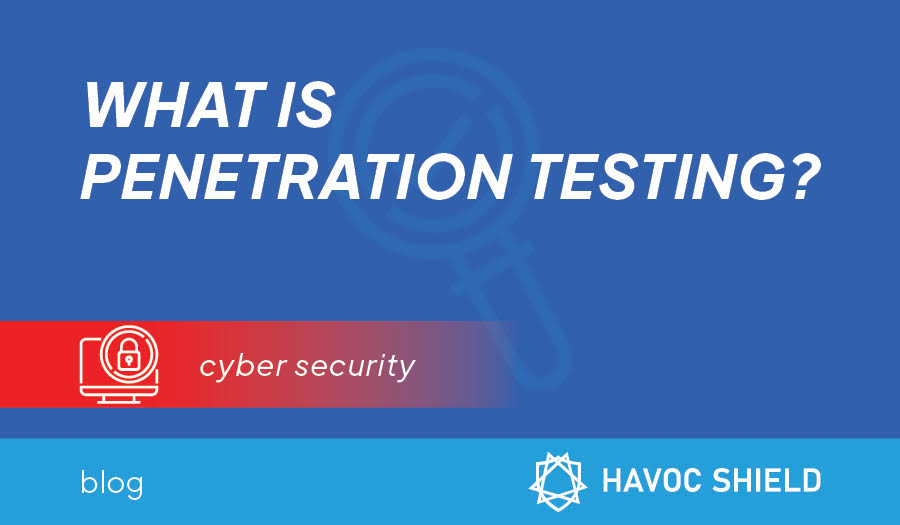 What is Penetration Testing?

In the past, it took a lot of time and skill to get past a company’s security protections. Thanks to advances in technology, it’s now easier than ever for cyber thieves to locate an organization’s security vulnerabilities. If you have no idea what they are, then your business could find itself under a ransomware attack. You could end up losing valuable time while you work to undo the damage.  Penetration testing can help you avoid falling victim to these types of schemes.

How Does Penetration Testing Help?

Penetration testing, or pen testing, assesses the integrity of components like your work devices, networks, physical security components, and applications. In addition, you also see how easily someone from the outside could exploit weaknesses in your APIs or servers, like unsensitized inputs susceptible to code injection attacks.

Security experts execute pen tests that mimic a hacker's actions while trying to penetrate your security. The goal is to locate any weaknesses that you can repair before they get exploited by bad actors. Pen testing goes deeper than your standard vulnerability scan.

When companies follow best practices for penetration testing, they can do more than stop cyber criminals. Your organization can learn to develop real-world scenarios that tell you exactly how your defenses would hold up when under attack.

Businesses need to have complete confidence in the hardware, software, and other applications used for daily business functions. If they end up failing in the face of a cyber incident, that could cost your business its reputation, along with time and money.

Once customers lose trust in your ability to protect their information, it’s hard to win them back. Many organizations never recover from the damage caused by a security breach.

Pen testing gives you the chance to conduct a complete evaluation of your overall security infrastructure. For example, you may have excellent protection around your network endpoints but have no security to protect you against vulnerabilities in third-party code used to build your company website.

It’s critical that you find the holes in your security before they become the pathway to a severe security incident. The insights you gain from a pentest can help you fine-tune web application firewall (WAF) security policies and patch detected vulnerabilities.

What Are the Penetration Testing Stages?

You can break pen testing down into the following stages.

Penetration starts with learning everything possible about an organization and its employees, both internally and externally. To do that, the tester would tap into the same kind of resources that might be available to a hacker. For example, they might track the activity on your employee’s social media sites to try and get info that could give them a clue to cracking their credentials.

During this stage, the tester looks for applications with potential vulnerabilities, like open ports. Next, they perform scans that give them a sense of how the target of their attack will respond to different attempts. They typically do this in one of two ways:

At this point, the pen test executes. The reviewer watches how the attack manages to compromise networks and exploit vulnerabilities. Hackers usually cause the most significant amount of damage during this period. The tests can take the form of:

After seeing how much initial damage an attack can cause, the tester then attempts to see how long they can remain within a company’s system without detection. During that time, they may try other exploitation tactics like:

Ideally, hackers would like to hang around as long as possible before getting picked up by your security protections.

After completing all pen tests, the reviewer provides feedback in the form of a report that includes:

They also provide the company with recommendations on guarding against having these weaknesses exploited in an actual cyber attack.

What Are Different Types of Penetration Testing Methods?

If you have concerns about whether your security protocols could withstand a cyberattack, Havoc Shield can help you locate any potential weaknesses. Talk with out team to learn how penetration testing fits into your overall cybersecurity posture.